On January 15, 2015, Joseph Guglielmo, a veteran who suffered from PTSD, was in a cell in the transport staging area of the Montgomery County Jail. It was approximately 11:30 p.m., the lights were on, he had no bed, and he wanted medical care. Mr. Guglielmo began knocking on the cell door to try and ask for medical care. At the same time, Sgt. Snyder was conducting roll call near the transport staging area. The noise Mr. Guglielmo was making interrupted Sgt. Matthew Snyder who became annoyed. After being interrupted a few times, Sgt. Snyder got visibly upset and announced to his subordinates that he was going to “beat that crazy fucker’s ass.”

Following roll call, Sgt. Snyder gathered five other corrections officers to go to Mr. Guglielmo’s cell. Before going to the cell, Sgt. Snyder was told by other Deputies that Mr. Guglielmo was only causing a disturbance because he wanted his medication and that if given time he’d settle down.  Sgt. Snyder ignored this advice.

Snyder told Mr. Guglielmo to sit on a bench to the right of the cell door, which was out of view of security cameras. Mr. Guglielmo again complied and sat down. At that point, there were at least six officers in or around Mr. Guglielmo’s cell.

Snyder he had PTSD, asked to go to the V.A., and asked about getting his medications.

Mr. Guglielmo was later found lying on the floor of his cell unresponsive.

Mr. Guglielmo was transported to the hospital. Upon arrival at the hospital, Mr. Guglielmo received an emergency craniotomy. Approximately a week later, surgeons opened up the left side of Mr. Guglielmo’s face to repair his broken facial bones. They drilled 24 screws into his skull, attaching five titanium plates. The orbital floor of his eye was fractured so severely it could not be surgically repaired. Mr. Guglielmo remained in a comatose state in the hospital for three weeks.

Mr. Guglielmo was subsequently transferred to an intermediate care facility where he slowly regained consciousness and some functional capacity. For more than three years Mr. Guglielmo has lived in a nursing home.  Even after physical and occupational therapy, Mr. Guglielmo is left with a right facial droop, paralysis on the left side of his body, an inability to walk, as well as memory and concentration difficulties.

The investigation of this incident was meaningless. Consequently, the truth about what really happened to Joseph Guglielmo at the Montgomery County Jail was never uncovered until this lawsuit was filed. Attorneys for Mr. Guglielmo discovered that investigators chose not to interview all the witnesses to the incident, including all those who were inside the cell during the beating. Rather, only those who supported Sgt. Snyder’s story were documented. The investigation resulted in Sheriff Plummer finding that Sgt. Snyder’s actions were “consistent with Sheriff’s Office policy and deemed as Proper Conduct.” It should be noted that two weeks after beating Joseph Guglielmo into a coma, Sgt. Snyder voluntarily demoted himself from sergeant to deputy and left the jail for road patrol. At the time this case was settled, Matthew Snyder is still an employee of the Montgomery County Sheriff’s Office.

Since the day he took his last steps in the Montgomery County Jail, Joseph Guglielmo has lived an altered and painful life without any memory of the events.  At deposition, Mr. Guglielmo testified “Here I am in a wheelchair, in a diaper, and I don’t have any idea how I got here.” Now that this case is settled, Mr. Guglielmo’s legal team is hopeful that change will occur.

Attorney Nathan J. Stuckey stated “law enforcement officers take an oath to protect and to serve all people. Sgt. Snyder and others within the Montgomery County Sheriff’s office betrayed that oath. Members of law enforcement who risk their lives each and every day deserve to be represented better.  While I am proud of the work that our legal team did in obtaining justice for Joe, I just hope that this result raises awareness within our communities and gives government officials the courage to make necessary policy changes.”

Another member of Mr. Guglielmo’s legal team, Jennifer L. Branch, says “While we achieved a successful outcome for Mr. Guglielmo, he should never have suffered a traumatic injury at the hands of his jailer. Systemic change at the Montgomery County Jail must come from the Sheriff and County Commissioners who need to ensure that they protect the men and women who reside in their jail.”

Attorney Doug Brannon has stated that “this case is yet another example where supervisors and corrections staff in the Montgomery County Jail have violated an inmates’ constitutional right to be free from excessive uses of force. There has to be accountability for the wrongful conduct and the great harm that is caused by law enforcement officers who fail to follow the rules. We are hopeful that this lawsuit brings awareness to these issues, prevents further misconduct in the Montgomery County Jail and that it will help to improve the quality of life for Joe.”

Attorney Michael L. Wright insists that “We must continue to fight for those whom have been victimized by the systematic abuse at the Montgomery County Jail, until the abuse stops!”

When asked if he had any comment, Mr. Guglielmo stated, “All I want anyone to know is that I don’t want to see anything like this happen to anyone else.” 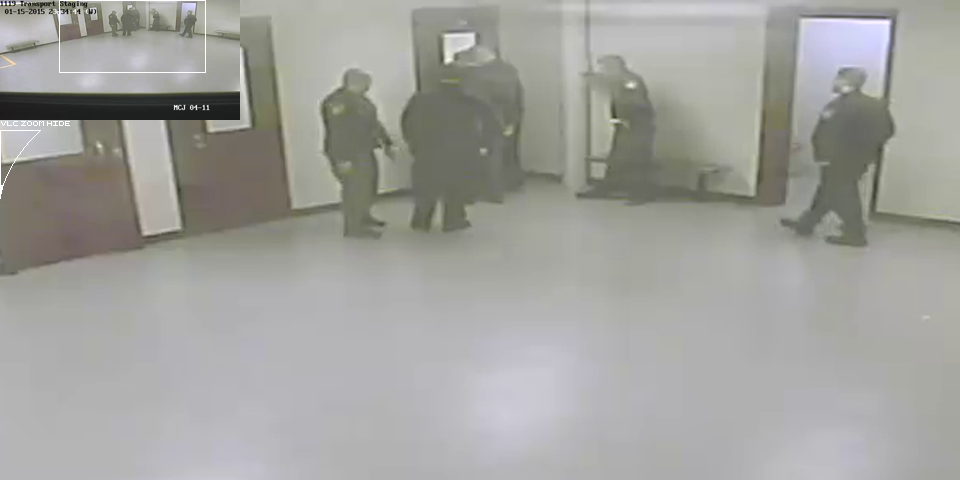